Football is one of the most popular and most watched sports in the world and Brasil's world class reputation is second to none. Brazilians prove that beauty and soccer are one and the same. Brasil is the first country to have won the FIFA World Cup five times, the only country to have qualified for every World Cup since its inception in 1930, and is recognized as the soccer capital of the world.

Many great players have come from Brasil, such as Péle, Garrincha, Rivelino, Zico, Romário, Bebeto, Taffarel, Ronaldo, Ronaldinho, and Kaká. This reputation has generated worldwide interest in Brazilian players who showcase their skills around the globe.

Every year, hundreds of Brazilian players are hired by teams worldwide, including top teams in the European League: FC Barcelona, Real Madrid, AC Milan, Inter Milan, Liverpool and Manchester United have Brazilian players on their rosters. One thing most Brazilian players have in common: each player cultivated his skills and techniques within the national youth soccer development program. Brazilian soccer is considered an alliance of discipline and skill, combined with superior imagination. This is achieved through highly specialized training.

In addition, many of the top players have played Futsal during their youth, which

contributed to their skills development. Brazil is also the only country to have won the Futsal World Cup a record six times. 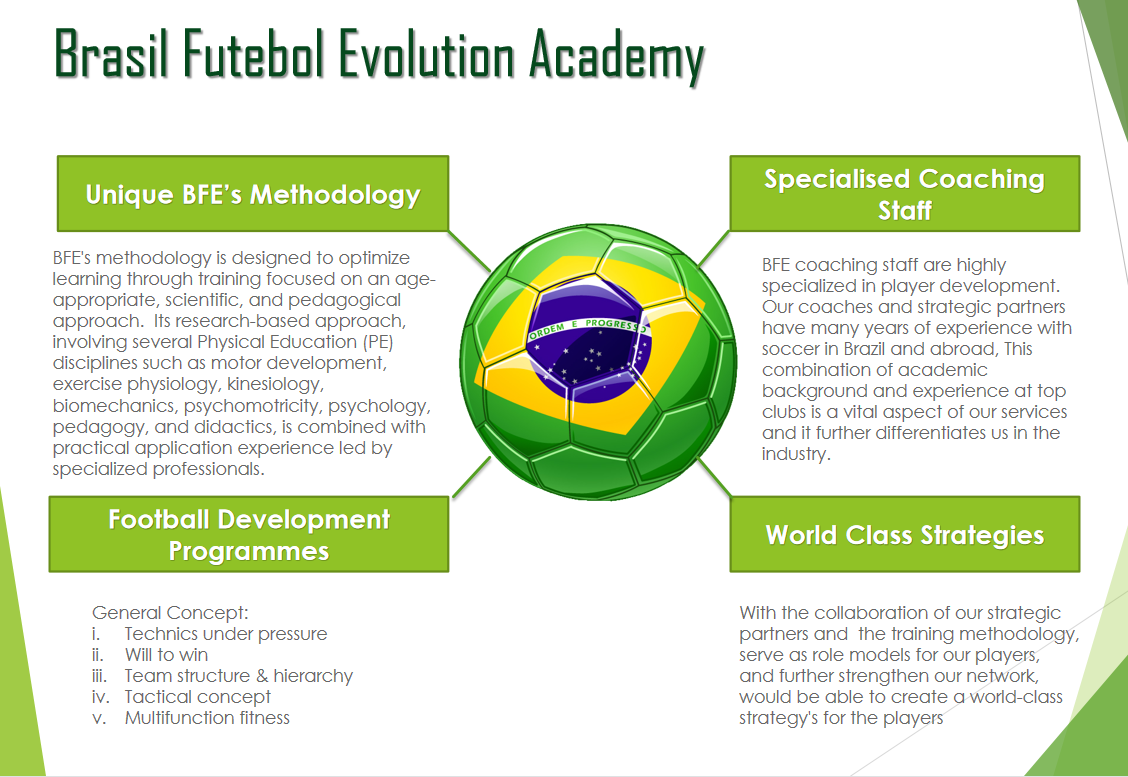 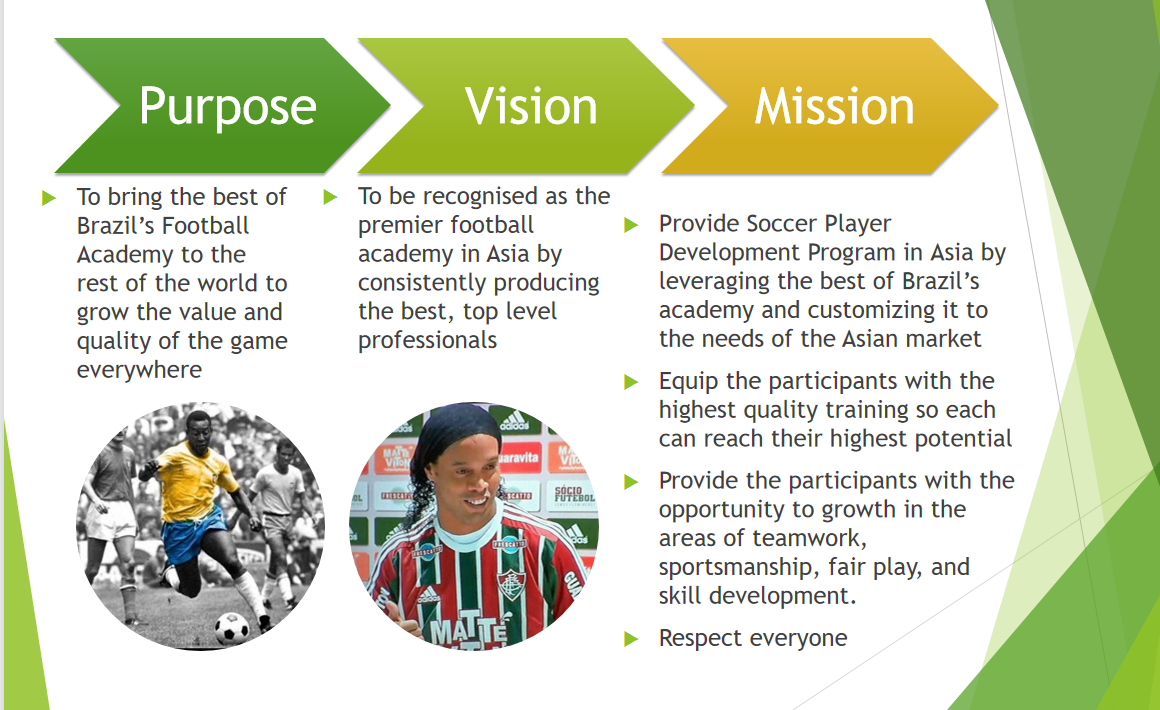 Brasil Futebol Evolution (BFE) offers a variety of programs for training individuals players, groups as such clubs, associations and country teams from Asian region. Brasil Futebol Evolution (BFE) methodology follows a pedagogical progression, providing age-appropriate training aimed at developing a complete player. We combine years of experience teaching and coaching players of all ages in Brazil, applying a methodology designed to work on all aspects of a football player’s abilities, while incorporating elements that have set Brazilian players apart from their peers, such as technique, creativity, superior skills, finesse, improvisation, all the while providing a deeper understanding of the magic that is “Brazilian football”. 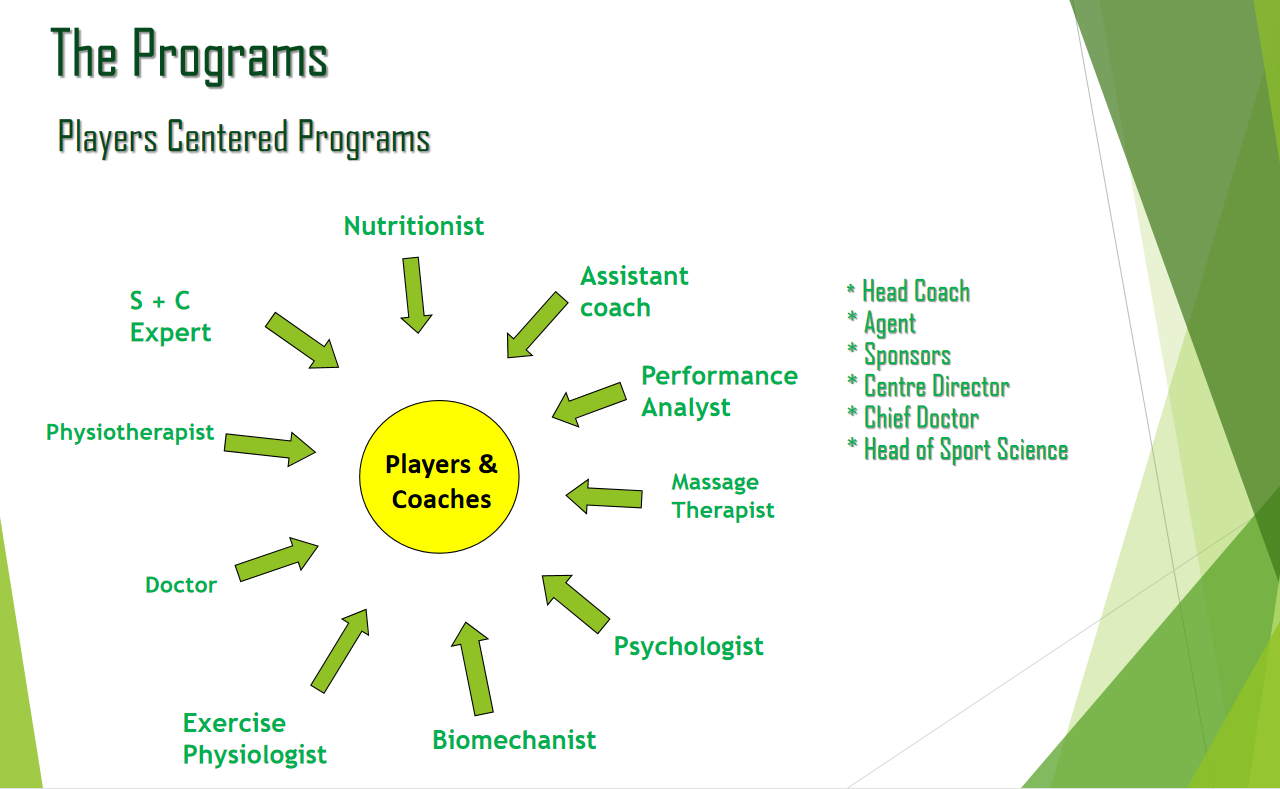